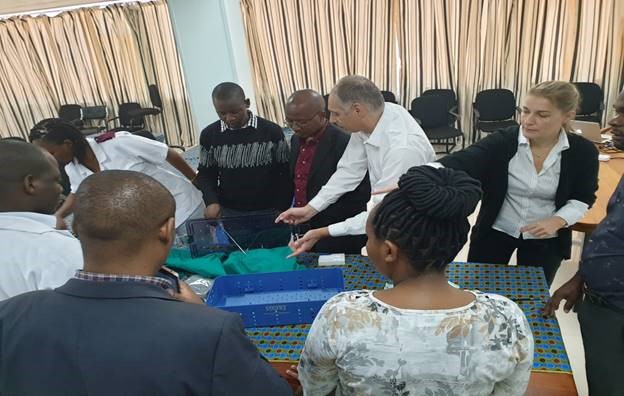 During that time, they held lectures and hands on workshops on Laparoscopic Surgery, consulted on how to conduct clinical research and publish scientific papers, and advised on professional development, based on their own professional experience. Prof. Remzi and Dr. Radon were the first to perform laparoscopic kidney and adrenal surgeries at the Benjamin Mkapa Hospital. In addition, they established laparoscopic orchiopexy for the pediatric population. Throughout the Visiting Professorship, the OMI Faculty saw 106 patients during clinic sessions.

Prof. Remzi: The rationale for the visit in Tanzania, Afrika
•Brain drain is the greatest impediment to real progress
•Many international aid programs inadvertently cause this negative development
• The longer the stays abroad the less likely it is that physicians to return to their home countries.
•Zimbabwe serves as a prime example: Of 1,200 physicians trained within a 10 year period only 360 remained in the country.
See Tylor et. al. „Stemming the Brain Drain – A WHO Global Code of Practice on International Recruitment of Health Personnel“.
New England Journal of Medicine 2011.365:2348-235

The full report can be found here